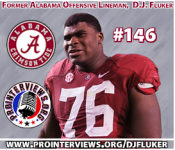 D.J. Fluker is projected to be a first round draft pick by almost every NFL Draft Analyst. Fluker played at Alabama and was First-Team All SEC this past year after winning his third National Championship. He was a force that could not be reckoned with on Bama’s offensive line. There hasn’t been a stronger right tackle prospect in this year’s class. Look for his name to be called tonight, but first, check out our exclusive interview with him.

END_OF_DOCUMENT_TOKEN_TO_BE_REPLACED 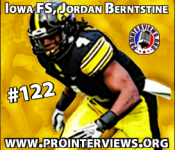 Jordan Bernstine played college football at the University of Iowa. He totaled 108 tackles, 1 interception, 3 tackles for loss in his entire career at Iowa. He had 30 KR for 713 yards and also compiled 83 tackles during his star-studded senior season. He is entering the 2012 NFL Draft, projected as a late-round selection or to go through undrafted. Bernstine is trying to separate himself from the other safeties in this class and has already worked out for Patriots, Eagles, 49ers, and Raiders.

END_OF_DOCUMENT_TOKEN_TO_BE_REPLACED 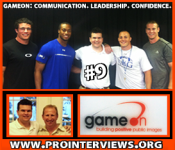 I participated in an hour-long improv session with J.J. McDermott, A.J. Love, Luke Kuechly, Ryan Tannehill, and Chris Manno. Our host was Steve Shenbaum of GameOn Nation. Check out the interviews that were conducted before the 2012 NFL Draft. There are interviews with NFL Draft Prospects Luke Kuechly and A.J. Love. In addition to that, there is an interview with former Hofstra wide receiver, and current free agent wide receiver, Chris Manno.

END_OF_DOCUMENT_TOKEN_TO_BE_REPLACED 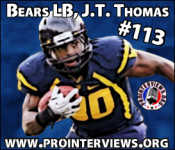 J.T. Thomas played college football at West Virginia. He played linebacker and while he was there he totaled 202 tackles, 12 pass deflections, 5.5 sacks, 3 forced fumbles, and 1 interception. He entered the 2011 NFL Draft, and was drafted in the 6th round by the Chicago Bears. He was placed on IR before the season started due to a back injury. He is planning on make a strong return to the NFL next year. This interview was conducted after the 2011 NFL season.

END_OF_DOCUMENT_TOKEN_TO_BE_REPLACED 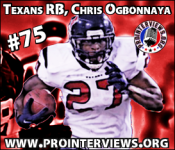 Chris Ogbonnaya played college football at Texas. He was an Academic All-American during his senior year (2008). He entered the 2009 NFL Draft, and was drafted in the 7th round by the St. Louis Rams. He then signed with the Texans’ practice squad in 2010. Check out the interview that was conducted before the 2011 NFL season. [Update: He was promoted and signed to the Cleveland Browns active roster in 2011. He earned his first start this past year too.] END_OF_DOCUMENT_TOKEN_TO_BE_REPLACED 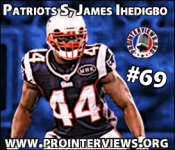 James Ihedigbo played college football at the University of Massachusetts. He was the Team MVP and a Team Captain during his senior year at UMass. He entered the 2007 NFL Draft, but was undrafted. He then played for the NY Jets for four years. This interview was conducted after the 2010 NFL season was over. [Update: He just recently signed with the Patriots before the 2011 season. He totaled 69 tackles this season while starting at safety.] END_OF_DOCUMENT_TOKEN_TO_BE_REPLACED 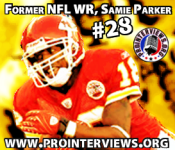 Samie Parker played college football for the University of Oregon. He was one of Kellen Clemens’ favorite wide receiver targets, and was known as a tremendous deep threat. He entered the 2004 NFL Draft, and was selected in the 4th round by the Kansas City Chiefs. SP played four seasons with the Chiefs, and then bounced around the NFL with different teams. He also played in the AFL for the Chicago Rush. [UPDATE: In 2010 and 2011, he also played in the United Football League (UFL) for the Las Vegas Locomotives.] END_OF_DOCUMENT_TOKEN_TO_BE_REPLACED 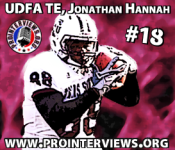 Jonathan Hannah first played college football for Florida State University, but then transferred to play for Texas Southern University. His best game in college came where he had 9 receptions for 135 yards and 2 touchdowns. In 2009, he totaled 30 receptions, 425 yards, and 3 touchdowns. He entered the 2010 NFL Draft, but went undrafted and he actually never got the chance to sign with an NFL team. This interview was conducted a month after the NFL Draft. END_OF_DOCUMENT_TOKEN_TO_BE_REPLACED